3 in 4 think race shouldn’t factor into college admissions decisions, survey finds
Higher Ed Dive – April 27, 2022
About three out of every four U.S. adults believe that race or ethnicity should not be a factor in admissions decisions, according to a new survey from the Pew Research Center gauging what the public believes colleges should consider when admitting a student. And 75% said a prospective student’s legacy status — whether they had a relative who attended a college — should not factor into their admission.

Many College Students May Not Return Next Fall, Aid Applications And Hot Job Market Suggest
Forbes – April 28, 2022
Hundreds of thousands of college students who receive federal financial aid—and are not graduating this spring—have not yet applied for aid next year, new data from the National College Attainment Network shows. The steep decline in Free Application for Federal Student Aid renewal rates dwarfs declines from earlier in the pandemic, and signals a potential abandonment of higher education goals by some students in favor of a hot job market, experts say.

Colorado had one of the nation’s worst college enrollment declines through COVID. They’re not alone.
Western Slope Now (CO) – April 29, 2022
The state of society in the United States seems to be wearing on the nation’s college students. According to a Gallup poll, one-third of the nation’s college students are considering withdrawing from their studies. Emotional stress was the single largest reason for considering withdrawal. Seventy-six percent of students enrolled in a bachelor’s program cited this as the main reason, nearly twice the number that said they were emotionally distressed a year ago.

College Counseling in Under 500 Words
Post – May 4, 2022
Counselors’ Corner with Patrick O’Connor, Ph.D.

Unhappy with your choices… no reason to panic; there is SPACE AVAILABLE
Post – May 4, 2022
College Advice & Timely Tips with Lee Bierer

Sprinting upstream: The incredible pressure faced by college-bound high schoolers
Salon – May 1, 2022
The PBS documentary ‘Try Harder!’ chronicles the anxieties of today’s high-achieving teens. It was filmed pre-pandemic, but the high-pressure phenomenon is a national and continuing one. Adolescents today perceive parents to be more expectant about academic achievement than past generations. They’re shouldering a more rigorous course load, according to transcript studies. And they’re in trouble. The rate of death by suicide for ages 10 to 24 increased nearly 60% between 2007 and 2018, and other manifestations of psychological distress abound. A 2018 report from the Robert Wood Johnson Foundation listed ‘excessive pressure to excel’ alongside poverty, trauma, and discrimination as barriers to adolescent wellness. And, as we’ll see, kids of color can be uniquely impacted. But there are solutions.

Pasco schools offer all students free licensed mental health therapy
Tri-City Herald (WA) – May 2, 2022
Starting this week, Pasco students will have access to free virtual mental health services and therapy thanks to a new partnership between the school district and a San Francisco-based telehealth business. The partnership means that all 17,600 students will be able to connect online with a licensed therapist or mental health counselor — either at home and in school — for ‘short-term, evidence-based counseling,’ a news release from the district says.

Suicides put spotlight on how hard it can be for student-athletes to ask for help
NBC News – April 28, 2022
It’s a fear about being judged. It’s a fear of being seen as weak when you’re supposed to be seen as a competitive athlete,’ one tennis player said. Feeling like there is too much on their plates, experts say, is not uncommon for student-athletes, who put an enormous amount of pressure on themselves to perform at the highest level, both in their sports and in their academics. It’s a trait that may have motivated them in their sport, they added, but it can lead to unrealistic expectations.

Our Youth Are in Crisis, But It Is Not Too Late to Help Them: The Importance of Mental Health First Aid
National Council for Mental Wellbeing – May 3, 2022
Youth Mental Health First Aid (YMHFA), which speaks to adults who work or live with children and youth, is structured around the Mental Health First Aid (MHFA) Action Plan (ALGEE). If it were not for ‘L’ – ‘Listen nonjudgmentally’ – I might not have recognized the signs and symptoms of my son’s mental health challenges or known the right resources to connect him to.

Between pandemic restrictions and screen time, one thing is clear: The kids are not OK
Fort Worth Star-Telegram – May 4, 2022
Now that the pandemic is waning, let’s send our teens outside and to therapy and encourage them to get together in person with their friends. Parents: Ask your teens how they’re really doing — and be prepared to seek professional help if the answer is unsettling. 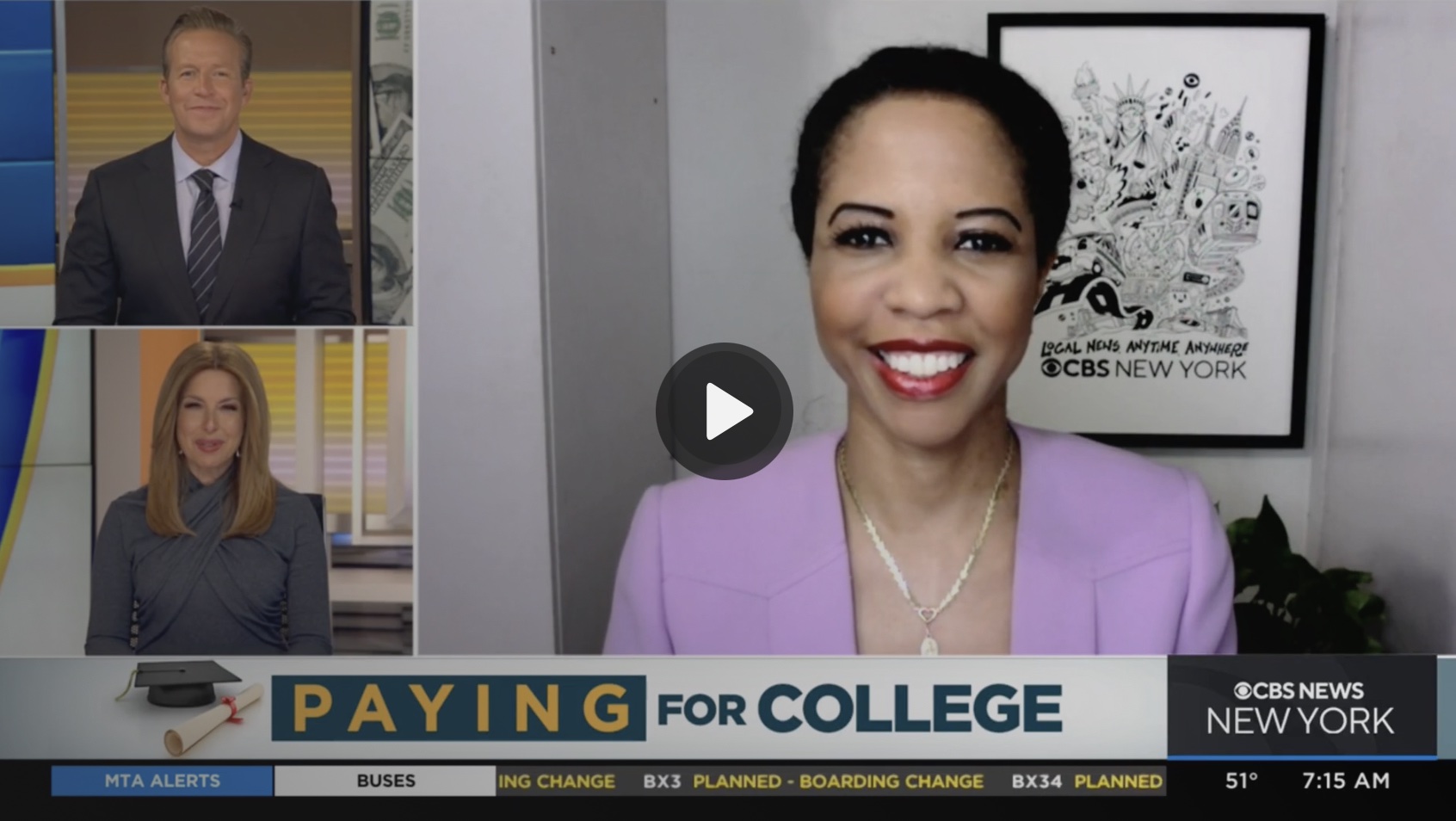 Consumer analyst shares advice on how to finance a college education
CBS New York – May 2, 2022
Sunday was College Decision Day, so now many high school seniors know what campus they will be heading to this fall. Their next big hurdle will be figuring out how to pay for it. Consumer analyst Sibile Marcellus joined CBS News New York with tips on how to navigate the process.

College Admission Revocation Warning: Don’t Give Up Now Seniors!
Forbes – May 3, 2022
There is not only one reason that a student could have their admission revoked. It is at the discretion of the school to determine when you have, or have not, upheld the same standards as when you were admitted. The following are circumstances that high school counselors shared in which a student lost their admission:

Best colleges for student athletes 2022
Athletics Weekly – May 4, 2022
Students often question how their participation in sports will affect their chances of getting into college. They wonder whether the sports will help them get into college, and whether they will be able to play. Here is a list of the best colleges for students who are into sports. This list was compiled using different metric systems and filters. 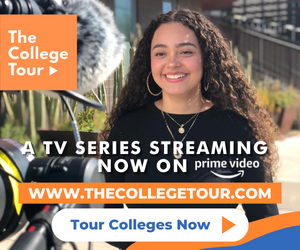 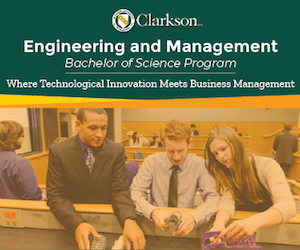 College advice from a financial aid veteran
WRAL NC – April 27, 2022
Over 80% of students benefit from some form of financial aid, yet the amount of money students need to borrow is steadily increasing. For those worried about affording college, financial aid offices can be a direct line to available resources.

Student financial aid scams
2 News Oklahoma – April 27, 2022
While it’s getting late for this year’s seniors, some juniors are just starting to search for college money. ‘We wanted to make sure our son has the resources he needs to start college after he graduates from high school next year,’ says Annette, from Tulsa. ‘We heard from a company that said for $400, it could guarantee several thousand dollars in financial aid. We quickly found out we had been scammed.’

College decision deadline has students finalizing financial costs
KPBS San Diego – May 2, 2022
College-bound high school seniors have made their decisions about where they’re going. Now they have to deal with the hard reality of being able to afford their first choice. 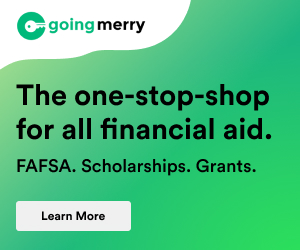 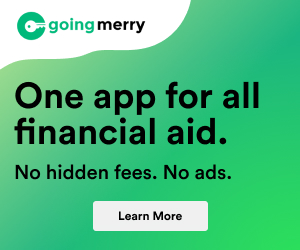 Tricks of the Trade: Filling the Skilled Labor Gap in the United States
MarketScale – May 3, 2022
The stigma of vocational education in the United States is very real. From a young age, many children are encouraged to attend 4-year colleges and universities upon completion of their high school diploma. Many believe that trade schools are the last choice – that people who choose to pursue a career in the trades rather than a college education are doing so because they did poorly in school. Statistically, this simply isn’t true.

‘College is not for everybody’: Local high school counselor says students have options
WPXI News (Pittsburgh) – May 3, 2022
It’s a bold message that high school career counselor Nicole Levis is advocating. ‘The struggle that I have is trying to convince the parents that it’s a good thing’ said Levis.

‘Explore The Trades’ event exposes community members to skilled labor careers
ABC-47 (MD) – May 3, 2022
‘As a high school counselor, one of the areas I feel we need to build capacity for students is the trades,’ Pocomoke High School Counselor Carlton Cartwright said. Those in the field agree. That’s why Seaside Plumbing along with other local businesses hosted an Explore The Trades event Tuesday evening, exposing community members to a career in the skilled workforce.

How to become a veterinarian: What high school students should know about veterinary school
University of Nevada Reno – May 3, 2022
Are you considering a career in veterinary medicine? Learn about what things you can do in high school to start your career from Professor of Veterinary Microbiology Mike Teglas.

Be A Good Partner
Georgia Tech Admission Blog – April 29, 2022
After watching the admission cycle repeat itself for those twenty years, and speaking with hundreds (thousands?) of families during that time period, Be A Good Partner is my hope for parents/supporting adults of high school juniors who are looking toward their admission experience in the year ahead.

Queer youth much likelier to have considered or attempted suicide during pandemic than their peers
USA Today – May 2, 2022
Nearly half of respondents who identified as lesbian, gay or bisexual said they had seriously thought about suicide, while one in four lesbian, gay or bisexual youth reported attempting it, the agency found. The survey did not collect responses for transgender youth, instead allowing youth to identify as ‘other or questioning.’The findings were part of an alarming larger picture illustrating the stark mental and emotional health effects that plagued youth nationwide as the pandemic forced schools to close and saddled families with isolation, economic hardship, illness and loss.

Tiktok’s possible impact on teens’ mental health
Western Mass News – May 3, 2022
The cell phone ban at Chicopee High School gives students a break from scrolling on the most popular app among teens – Tiktok. ‘I feel crazy for saying this, but I actually really like it. At first, I didn’t like the idea at all. I thought my world was going to end,’ said one sophomore. Tiktok’s algorithm keeps young people scrolling by tracking what they’re watching and liking, then flooding them with more and more of it, so if a teen lingers on a Tiktok about depression or weight loss, they can be pulled down a dangerous rabbit-hole.